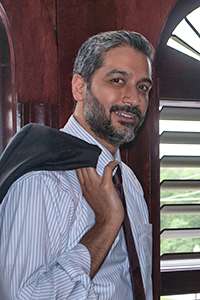 Born and raised in La Plata, Mr. Matin has maintained a long-term presence in the community. He obtained his Bachelor’s degree from the University of Maryland and earned his Juris Doctorate law degree from Washington & Lee University School of Law in neighboring Virginia. Upon being admitted to the bar in 2000, Mr. Matin served as a Judicial Law Clerk in Charles County (2000-2001) and then as an Assistant States Attorney for Charles County (2001-2007).

Mr. Matin maintains a commitment both to the legal profession and the community in which he lives and works. He was a candidate for States Attorney in 2010. He is a former Chairman of the Housing Authority for Charles County (2007-2009) and has been a member of the Charles County Trial Courts Judicial Nominating Commission and the Character Committee for Maryland State Bar Association since 2008. He currently serves as the Vice-President of the La Plata, Maryland Lions Club.