Whether you’re facing a simple traffic violation or felony drug charges, you need representation from an experienced La Plata & Waldorf criminal defense lawyer if you’ve been charged with a crime. Nothing good amounts from a guilty verdict, even for “minor” criminal charges like speeding and driving under the influence. The Law Office of Hammad S. Matin, P.A. provides aggressive legal representation for the people of Waldorf, and throughout Charles County, Maryland.

What to Do After Being Arrested

How you behave and what you do following arrest can play a major role in the outcome of your case. Though you certainly wouldn’t do so on purpose, it’s easy to sabotage yourself and jeopardize your freedoms and liberties. For the best chance at beating the charges brought against you, here are a few things to do after being arrested:

Admit Nothing – No matter what you think law enforcement has on you, do not admit anything without talking to your lawyer first. Even if you were arrested in the act of committing a crime, you may not be guilty of the charges brought against you.

Keep Quiet – If you’ve been arrested and it looks like the charges are going to stick, don’t talk about your case with anyone but your attorney until after the trial is over. You have nothing to gain by talking about your case with friends and family, but you have everything to lose if someone testifies against you with something you said “in confidence.”

Hire an Attorney – There are lots of things you can do on your own, but defending yourself in court is not one of them. A guilty verdict can carry any number of steep penalties, including fines and jail time. A criminal lawyer in La Plata will use his or her experience working in the justice system and intimate knowledge of the courts to guide you through your case and achieve the best outcome possible.

Whether you hire us to represent you or not, always seek the advice and representation of a competent, experienced criminal defense attorney before you submit to any police questioning. This applies to post-arrest custodial interrogations as well as any pre-arrest investigations the police may be conducting. The person in the holding cell with you is not your new best friend; anything you say to that person can be used against you. You can seriously damage your case by making statements that can be viewed as incriminating or contradictory to other statements or by waiving important rights because you did not fully appreciate them. The police are experts at interrogation, and their goal is not to rule you out as a suspect; it is to rule you in and acquire evidence they can use against you in your prosecution.

A criminal conviction does more than put you at risk for fines or imprisonment. You can suffer serious negative consequences in your family life at home. Your reputation can be damaged in the neighborhood, the community, and at work. You may find yourself out of a job and unable to work in certain occupations. Every criminal matter should be dealt with forcefully and intelligently by a competent, experienced criminal defense lawyer. Attorney Hammad S. Matin has been practicing criminal law in La Plata, MD for over ten years as both a prosecutor and criminal defense lawyer. If you have been arrested or need advice regarding any criminal law matter, contact the Law Office of Hammad S. Matin, P.A. for a free consultation from our La Plata & Waldorf criminal defense lawyer.

Every criminal matter should be dealt with forcefully and intelligently by an experiencedLa Plata & Waldorf criminal law lawyer. Founder and principal attorney Hammad S. Matin has been practicing criminal law in La Plata, MD for over 10 years as both a prosecutor and defense attorney. Mr. Matin’s unique perspective allows him to develop the strongest defensive strategies for his clients. Call (240) 776-6304 to schedule your initial consultation. 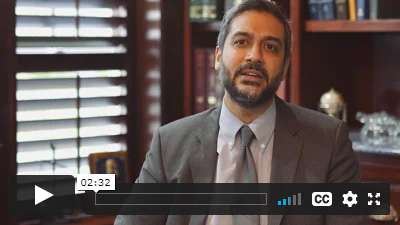