Had a Few Too Many Drinks at a Holiday Party? What to Know Before Getting Behind the Wheel 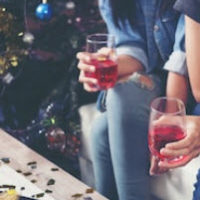 Maybe you only had one drink, but it still may be enough that you won’t pass a breath test. First, don’t panic. It’s likely that the officer has a reasonable cause to pull you over, even if they don’t know that you’ve been drinking. You could have shown signs of impairment, such as swerving, or it could have been a traffic violation or even a broken taillight. Whatever the reason, here are the steps you need to take to protect yourself and your rights if you’ve been pulled over when driving after drinking.

We Can Help You Today

Driving under the influence charges are a complex area of criminal law. There is no secret to getting the cases dismissed, and Maryland lawmakers have recently increased the penalties for a DUI conviction. This makes it especially important to have an attorney on your side the knows the laws and can successfully challenge your DUI charges and possibly even get the case thrown out of court. At the Law Office of Hammad S. Matin, P.A. in Maryland, we can help craft the best DUI defense strategy available for your specific case.