Charged with Engaging the Services of a Prostitute? You Need Legal Counsel 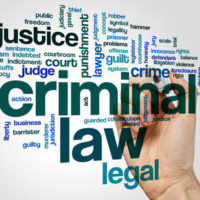 Being charged with assignation (i.e. allegedly scheduling an appointment with a prostitute or any action taken to further the engagement with a prostitute) is a serious offense in Maryland that can have life-changing implications. To be sure, even the mere act of requesting a prostitute, without engaging in any further action, could result in you serving jail time and having to pay a large fine (if convicted).

If you are charged with a more heinous offense like deriving a profit from others engaging in acts of prostitution, there is a risk you could be sentenced to a prison sentence of up to ten years and a multi-thousand-dollar fine.

Defending Against a Prostitution Charge

If you are charged with assignation or engagement of a prostitute, do not simply raise the white flag and accept whatever penalties are proposed by the government. You have rights, including the right to raise a credible defense.

An important defense that may be raised is if you had no actual intent to engage in an act of sex for money. This is a particularly compelling defense if you were at a massage parlor and genuinely believed that you had paid for a non-sexual massage. Remember, the government bears the burden of showing, beyond a reasonable doubt, that you knowingly sought out a prostitute to engage in sex acts for money.

If you are facing criminal charges for engagement with a prostitute, time is a critical factor when preparing your defense. This is why it makes sense to retain the services of an experienced and skilled Waldorf prostitution defense attorney as soon as possible. Once retained, your lawyer can investigate the incident and arrest to determine if there were any procedural defects or if there were errors in the charging documents. An experienced lawyer can also see if there are any issues with the investigation conducted by the Maryland police such as questioning you without an attorney being present after you were placed under arrest.

Have Questions? Schedule a Consultation with an Experienced Prostitution Defense Attorney