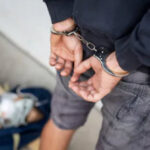 We’ve previously discussed just how important it is to know your rights when it comes to being pulled over by the police in a traffic stop, as well as being potentially subject to search and seizure on the streets. With a number of confrontations occurring between police and citizens every day, knowing not only… Read More » 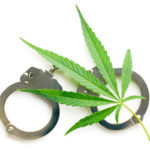 Police Recover Over Five Pounds of Marijuana During Traffic Stop

A traffic stop on the Fourth of July resulted in Wicomico County Sheriff’s Deputies recovering over five pounds of marijuana. The driver was pulled over in Salisbury for having his driving privileges revoked. Observations during the routine stop prompted an officer to call for a K-9 team who quickly alerted police of the presence… Read More » 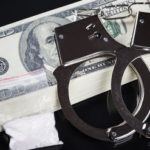 Potential Consequences for a Drug Offense in Maryland

Despite the ongoing dialogue about the extent to which certain drugs—namely marijuana—should remain against the law, a number of drugs are still very illegal in Maryland. In the event you face charges on account of possessing illicit drugs of any kind, you are best served by seeking legal assistance at the earliest available juncture…. Read More »

A Look at Controlled Substance Laws in Maryland

The potential penalties for convictions of drug crimes can vary widely in severity, depending on the specifics of the case. Typically, the defendant’s criminal history, and the type and amount of the drug in question are significant factors during sentencing. However, there are ways of mitigating the potential penalties. If you’ve been charged with… Read More »

What are Mandatory Sentences for Drug Crimes?

A Look at Maryland Drug Courts

The focus of criminal courts is to obtain justice and punish offenders. However, drug courts are different. Eligible offenders who are entered into a drug court program in Maryland have the opportunity to turn their lives around through comprehensive, structured treatment. If you’ve been charged with a drug crime, contact a criminal defense attorney… Read More »