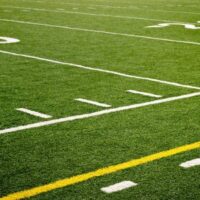 Every minute, 20 million Americans are subject to some form of domestic violence (DV).

Sometimes exploding seemingly out of nowhere, other times slowing building to a violent crescendo, domestic violence leaves emotional, mental, and physical scars that take time and care to heal.  Research ties special occasions combined with the consumption of alcohol to the escalation of domestic violence, and reporting indicates that the biggest day for such violence is typically Superbowl Sunday.

Domestic violence (DV) is aggression that occurs between current or former intimate partners. While violence that leaves bruising or broken bones is the most visible form of DV, there are a lot of more subtle types, including bullying, manipulation, threats, and ultimatums. The foundation of this type of abuse is the need for control, as exhibited through a variety of actions:

What Does DV have to do with Superbowl Sunday?

Why would Superbowl Sunday be particularly dangerous in terms of domestic violence?  Experts think the mix of heated competition, alcohol, and testosterone can be a dangerous combination in some, leading abusers to lash out at victims when they cannot control the outcome of the game itself.

Does your relationship suffer from dangerous control issues?  You should know that problems like this tend to escalate over time.  It may start with issues of jealousy or complaints about your shortcomings, but become much more serious with time.  Studies indicate that when problems go untreated, such as substance abuse or mental health issues, concerns about the potential for domestic violence rise.  Despite seemingly sincere apologies, it may be necessary to secure a restraining order. The La Plata & Waldorf protective & peace order lawyers at The Law Office of Hammad S. Matin, P.A.have extensive experience in addressing these kinds of issues.  Schedule a free, confidential consultation with us today.