From Protest to Treason: Understanding the Terms of the Times 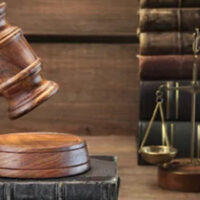 Recent events at the Capitol in Washington D.C. have sent myriad vocabulary words whirling through America.  Was it a protest?  A riot?  An insurrection?  Legally, these and other words have specific meanings linked to differing penalties. Do you, or someone you know– need an attorney after involvement in such activity?  Charges related to January 6, and beyond, vary significantly based on what, precisely, is being charged.  What are the protesters—rioters—insurrectionists—facing going forward?  A short vocabulary lesson may elucidate the situation.

What About the 1st Amendment?

Certainly, the 1st Amendment protects the right for free speech and assembly. Nonetheless, the government is allowed to require permits for gatherings, and may intervene when peaceful protests begin to block entrances or to shift into physical harassment. Even verbal threats or intimidations are subject to prosecution. Hence, an FBI dragnet seeks to capture those allegedly guilty of lawlessness during recent public demonstrations.

Make no mistake:  the events of January 6 resulted in five deaths and numerous injuries.  The FBI is not taking this lightly and has arrested numerous individuals for actions associated with that day.  Charges run the gamut, with more, no doubt, on the way.

Have you been involved in speaking out against government activities and found yourself charged with crimes?  Are you facing frightening penalties after doing what you thought was right?  Whether you were involved in BLM protests, the Take-Back-the-Country activities,or some other demonstration, the experienced La Plata & Waldorf criminal defense lawyers at The Law Office of Hammad S. Matin, P.A. will defend your rights.  Contact us for a confidential consultation today.