Have You Been Charged with Assault? We Can Help. 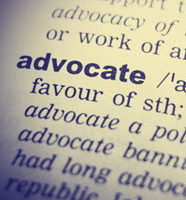 Facing assault charges in Charles County can result in spending years in prison if you’re convicted, which is why it’s important to find an attorney that can help prepare a strong defense for you. Being convicted of assault, even if you are lucky enough to escape a prison sentence can still result in loss of job opportunities and being looked upon as an outcast in your community.

Assault is typically thought of as a physical attack of some kind, but it is actually any type of attempt to touch another person without their consent and placing someone in fear that you will touch them. Battery occurs when the touching actually occurs.

Domestic violence only makes up a handful of assault cases, but all types of assault can usually be categorized as one of the following:

The defenses available for assault vary widely depending on the circumstances and facts surrounding each individual case. They can however, include the following:

Under some special circumstances, assault charges may be able to be dismissed before a trial is even needed. An experienced defense attorney will pursue this option if at all possible. To have your assault case dismissed, both you and the victim must agree to the dismissal and the court must deem that the dismissal is the proper course of action.

Get the Defense You Deserve

While first degree and second-degree assault differ significantly, the penalties for both offenses can be significant enough you need an attorney who knows how to defend you against those charges. Regardless of the circumstances or the offense you are being charged with, the Law Office of Hammad S. Matin, P.A. in Maryland can provide you with immediate assistance to investigate your case and provide you with the strong defense you deserve.