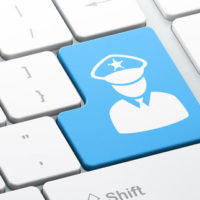 A man surrendered to police in Delaware after he was being searched for by Maryland police for assaulting a law enforcement officer. A dog tracked him more than a mile before he finally surrendered.

The man was arrested for multiple charges on multiple charges, one of which was being a fugitive from another state. Police from Delaware questioned him about recent break-ins to a park believing that he was a person of interest. It was then that they discovered that he was wanted in Maryland for assaulting a law enforcement officer. He waived extradition back to Maryland.

What is Assault on a Law Enforcement Officer?

Assault on a law enforcement officer is similar to other charges of assault in that it is unwanted touching of another individual with the intent to threaten or harm that individual. In the event of assault on a law enforcement officer, there is still assault in the first or second degree, but there doesn’t actually have to be any injury. If there is injury, then the penalty is even more harsh. In order to be convicted, there must be severe bodily injury to the police.

Assault on a law enforcement officer in Maryland requires the same elements as assault in the second degree. Someone committing second-degree assault may be found guilty under any one of three individual categories:

Penalty for Assault on a Maryland Law Enforcement Officer?

The attorneys at the Law Office of Hammad S. Matin have decades of experience handling criminal cases and can review your case and develop the best possible defense strategy for your charges. Contact us today to schedule an appointment at our conveniently located Maryland office.