The Crime of Burglary 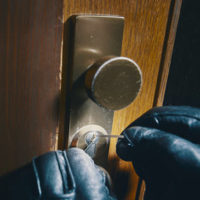 Burglary offenses are serious crimes that can rise to the level of felony and involve theft or violence. The charge alone can cause severe harm to your reputation and employment, and even worse a conviction could mean serving an extended time in prison. A knowledgeable burglary defense attorney can help reduce your sentence time if convicted or establish a defense to counter the charges.

Burglary is broken down into four degrees:

First-degree burglary is the breaking and entering of a dwelling of another with the intent to commit theft or a violent crime. A dwelling is considered a place where people reside. This is a felony crime punishable by a maximum term of 20 years in prison. First-degree burglary is considered to be the most severe burglary crime. It is seen as the most serious because the burglary involves entering a dwelling, which increases the likelihood of encountering a resident that could lead to violence or even death.

Second-degree burglary is the breaking and entering of another person’s storehouse with the intent to commit theft, a violent crime, or arson. A storehouse can be a building, pier, boat, or railroad car under the Maryland legal definition. It is defined broadly and generally, any structure that is not a dwelling is likely considered a storehouse. Second-degree burglary is a felony punishable by up to 15 years in prison, or if the intent of the breaking and entering was to steal, remove, or carry away a firearm then prison term increases to a maximum of 20 years.

Schedule a Consultation with a Defense Attorney

If you are facing burglary charges, you should know that a conviction can result in significant jail time. You need an experienced attorney from The Law Office of Hammad S. Matin, P.A. to defend you. Our La Plata and Waldorf criminal defense burglary attorneys will represent you. We have defended clients throughout Charles County for criminal misdemeanor and felony offenses. Let us use our vast knowledge to strategize the best possible defense for you.