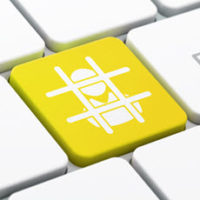 The shooting happened in the early hours of Sunday after the shooter allegedly got into an argument with another person at the party. He apparently fired a shot toward the house where the party was being held. The 18-year-old was found near the entrance of the home and pronounced dead and a 13-year-old boy was treated for a gunshot wound to his left leg. Neither of the victims was the shooter’s intended target.

If you or your loved one has been charged with murder it is important to understand the differences between the types of murder charges and the consequences that come with each type.

If you have been charged with murder, it is important to work with an experienced criminal attorney so that you can receive the best possible outcome for your case. There may be a variety of defenses available for your case, and in some situations, the jury may even find you innocent of your charges. Defenses, depending on the specific situation, may include the following:

Consult with An Experienced Criminal Attorney

If you are concerned with your future or the future of your loved one because they are facing murder charges, don’t risk having your freedom taken away from you. The La Plata attorneys at the Law Office of Hammad S. Matin, P.A. have years of experience to provide you with the right defense that could save you from spending years behind bars. Contact them for a consult today.