When Juveniles Are Charged With Violent Crimes 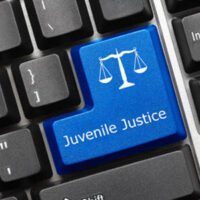 As the parent of a child who has been involved in the criminal justice system, you know what it’s like to be fearful of a future in which your child is behind bars.  If the charges involved particularly violent activity, you have the added worry that the case could be moved into the adult system, dramatically increasing the legal consequences your child might face. Do juveniles belong in the adult system?

A Review of the Criminal Justice System

A look back into America’s handling of convicted criminals is actually quite dreadful.  In the 1700’s anyone convicted of a crime was tossed into one prison with no distinctions made based on gender, mental illness, or age. Certainly, the conditions were abysmal.  Not until 25 years into the next century did anyone address the issue of housing juveniles with adults, which is when the New York House of Refuge was established.  The intent was to focus on education and rehabilitation for criminal youth. About 75 years later the first court exclusively for juveniles was established, but Congress didn’t pass the Juvenile and Delinquency Prevention Act until the 1970’s.  Even with all these strides seeking to improve justice for juveniles, there are more than 10,000 youth offenders behind bars in adult facilities across America to this day. Why is this problematic?

Why Children Should not be Tried as Adults

The arguments against shoving youth offenders into adult criminal justice systems are pretty convincing.  For starters, the fact that young brains are not fully developed is incontrovertible.  What does this mean?  Arguably, juveniles who commit crimes often do not have solid decision-making abilities and may not be able to fully comprehend the consequences of their decisions.  That’s just physiology. Is it reasonable to hold children to the same standards of accountability to which we hold adults?  That seems nonsensical.  There are other reasons to reconsider bumping juveniles into the adult system:

The La Plata & Waldorf criminal defense lawyers at The Law Office of Hammad S. Matin, P.A. are determined to seek justice for every client.  That means fighting to keep juvenile defendants in the juvenile system.  If you are the parent of a youth offender, you can count on a vigorous and thorough defense.  Schedule a confidential consultation today.