Your Right to Protest and “Unlawful Assembly” Charges 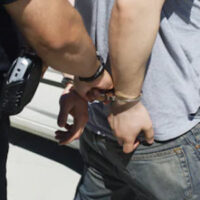 There is no question that, in recent months, America has seen widespread protests denouncing police brutality, including here in Maryland, which has had thousands of people march in demonstrations statewide just over the death of George Floyd alone in cities such as Baltimore and Annapolis. In response, both local and federal law enforcement have responded in unprecedented ways, at times unleashing tear gas, pulling protesters into unmarked vans, and arresting and charging them in droves for unlawful assembly and disorderly conduct. As a result, many are understandably frightened, especially those who have been arrested and charged for simply exercising their right to protest (i.e. freedom of assembly). It feels like, at this time, no one recognizes this crucial constitutional right.  In fact, in sharp contrast, expert reviews of police responses show clear patterns of police using excessive force and escalating confrontations, as well as regularly blurring the lines between what is necessary to respond to mob violence and blatantly violating protesters’ constitutional rights to be where they are, peacefully and legally expressing themselves.

The First Amendment protects both your right to free speech and to peaceably assembly; each its own special, important right in and of itself, as provided by the founders. Yet while the US Supreme Court has defined the protections provided for free speech, it has not done so for the freedom of assembly, which has arguably allowed state and federal police to infringe upon civil rights when it comes their response to protests, Lower-level courts have also unfortunately declined to apply the chilling-effect doctrine to freedom of assembly, opening the door for police to use tactics that undeniably deter future participation in protesting.

Being Charged with Unlawful Picketing & Assembly in Maryland

As a result, not only are many accused of engaging in unlawful assembly, but some cities are even suspending all protests at this point under the justification that they will lead to violence. Yet, around the country, including here in Maryland, crowds are declared “unlawful” without violence being involved. Maryland law defines unlawful picketing and assembly as “assembly disrupting home tranquility,” stating that no one can “intentionally assemble with another in a manner that disrupts [someone’s] right to tranquility in [their] home.” Doing so can get you convicted of a misdemeanor and imprisoned, fined, or both.

Laws like these reflect local governments losing sight of the fact that right to protest is protected and instead rewriting unlawful assembly laws to allow the government to shut down peaceful protests. And yet the courts have done too little to intervene in these choices. In fact, in some cities, magistrates are signing off on pre-detention release conditions that are blatantly illegal, such as requiring that those arrested for unlawful assembly promise not to protest again within city and state limits.

You have every right to take to the streets to fight for what you believe in. Any criminal conviction is going to interfere with your life and could very well have been illegally levied against you in violation of your rights. Never relinquish your rights without first speaking with an experienced La Plata & Waldorf criminal defense attorney. If you have been charged, contact The Law Office of Hammad S. Matin, P.A. for a free consultation to find out how we can help ensure that your rights are protected.